The singer who has become a music sensation following his association with Wizkid and the brilliant verse he delivered on the trending song titled ‘Soco’, has now become an official member of the Starboy music family, after inking a deal with the label.

CHECK OUT:-  Congrats To Famous Nigerian Blogger, Linda Ikeji As She Gave Birth To A Baby Boy! | @Officiallindaikeji

Terri linked up with the Starboy after his cover of ‘Manya’ went viral on the internet and got to the notice of Wizkid. He has since been touring media stations with Wizkid as well as teaming up with the Starboy and other affiliates of the label, as a buildup to his official career launch.

With the deal, Terri becomes a signee under Starboy Entertainment where he would be hoping to learn the ropes from the superstar whose experience would be valuable in his journey to becoming a music star.

CHECK OUT:-  VIDEO: Wizkid Talks New Album ‘Made In Lagos’ & Collabo With Skepta On Tim Westwood 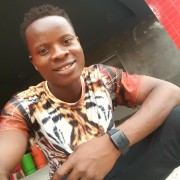 “I Will Deal With Runtown” – Eric Many Records Boss Threatens Singer

Burna Boy Got Himself A Brand New Range Rover | @Burnaboy

Davido’s “Blow My Mind” Sets Another YouTube Record As It Reaches Over 6.5 Million Views In 1 Week